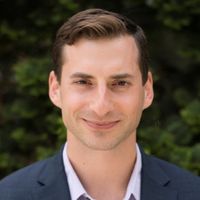 University of Washington Professor Andrea Stocco and his colleagues have created a network that allows three individuals to send and receive information directly to their brains. They say the network is easily scalable and limited only by the availability of EEG and TMS devices.

The proof-of-principle network connects three people: two senders and one person able to receive and transmit, all in separate rooms and unable to communicate conventionally. The group together has to solve a Tetris-like game in which a falling block has to be rotated so that it fits into a space at the bottom of the screen.

The senders can control their brain signals by staring at LEDs on either side of the screen—one flashing at 15 Hz and the other at 17 Hz.

The receiver, attached to an EEG and a TMS, has a different task. The receiver can see only the top half of the Tetris screen, and so can see the block but not how it should be rotated. However, the receiver receives signals via the TMS from each sender, saying either “rotate” or “do not rotate.”

Having received data from both senders, the receiver performs the action.

But the question the researchers investigate is whether humans can work out what to do when the data rates are so low. It turns out humans, being social animals, can distinguish between the correct and false information using the brain-to-brain protocol alone.

That’s interesting work that paves the way for more complex networks. The team says the information travels across a bespoke network set up between three rooms in their labs. However, there is no reason why the network cannot be extended to the Internet, allowing participants around the world to collaborate. 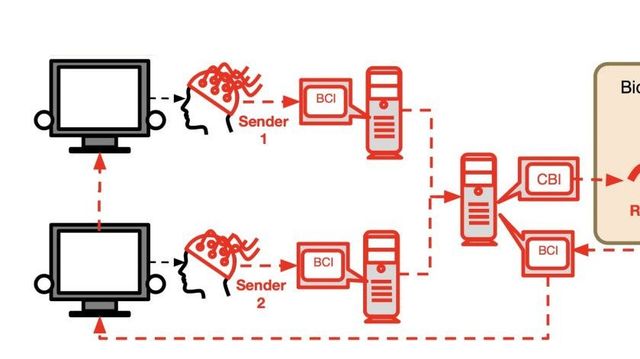