Marie Lynn Miranda, an acclaimed researcher and the Samuel A. Graham Dean of the School of Natural Resources and Environment at the University of Michigan, has been named provost of Rice University.

“I am thrilled that Marie Lynn Miranda will be joining Rice University as its provost,” President David Leebron said. “Her accomplishments as a researcher and academic leader stand out and touch many aspects of Rice’s vision and ambition, including engagement with medical institutions, energy and the environment, and the importance of data science. Few people exhibit the breadth of intellectual engagement and experience that Marie Lynn does. She will be an outstanding partner as we continue to shape Rice’s vision for our second century.”

Miranda specializes in research on environmental health, especially how the environment shapes health and well-being among children. She is a leader in the evolving field of geospatial health informatics and has studied, for example, the impact of racial residential segregation on health. She is the founding director of the Children’s Environmental Health Initiative, a research, education and outreach program committed to fostering environments where all people can prosper. The initiative’s peer-reviewed research has been cited extensively, including in the U.S. Environmental Protection Agency’s integrated science assessment on revisions to the national ambient air quality standard for lead.

Miranda’s outreach efforts include direct engagement in communities affected by environmental exposures. Her work has garnered more than $43 million in sponsored research as a principal or co-principal investigator, plus an additional $14 million as investigator. This research has been supported by grants from the National Institutes of Health (NIH), the U.S. Centers for Disease Control and Prevention, the U.S. Environmental Protection Agency, other U.S. government agencies, the World Health Organization and multiple foundation sponsors.

Prior to joining the University of Michigan, Miranda served for 21 years on the faculty at Duke University, where she was initially in the Department of Public Policy. With her increasing interests in environmental health, she became a professor in the Nicholas School of the Environment and Department of Pediatrics and a faculty member in the Integrated Toxicology and Environmental Health Program and the Duke Global Health Institute.

Miranda said she was excited by the possibilities for interdisciplinary research and learning at Rice. “Even in the information age, with the ensuing democratization of knowledge, colleges and universities hold the greatest potential for helping students to bridge the chasm between knowledge and wisdom, especially so in the residential college setting,” Miranda said. “In both the curriculum and the co-curriculum, we have the opportunity to help students explore how different cultural perspectives shape community dynamics, how poetry and art can help child refugees heal, how engineers and designers must come together to find solutions that will be embraced by the public, how teams of thinkers can do extraordinary things like discover buckminsterfullerene.”

Former colleagues from Duke and Michigan were effusive in their praise.

“Marie Lynn Miranda is a natural leader, an accomplished scholar and teacher, a person of vision equipped with strong academic values,” said Philip Hanlon, president of Dartmouth and former provost of the University of Michigan. “She is an outstanding dean for the School of Natural Resources and the Environment at the University of Michigan, and I am confident that she will excel as provost at Rice.” “A brilliant academic in her own right, having pioneered the field of children’s environmental health, Marie Lynn Miranda brings a world of energy and enthusiasm to every aspect of higher education,” said Duke President Richard Brodhead. “Her Duke colleagues are delighted for her, and for Rice.”

Miranda grew up in Detroit. The child of immigrants, Miranda has particular insights into the changing demographics that are shaping U.S. higher education. “Growing up brown in a black neighborhood in Detroit, and later doing research almost exclusively in disadvantaged and minority communities, have kept me attuned to issues of inclusiveness,” she said. Shaped by parents committed to education as the mechanism for opportunity, Miranda said, “The fact that I now have the privilege of serving as the next provost of Rice University bears witness to the power of education to transform lives.”

A Phi Beta Kappa graduate of Duke, she earned her A.B. in both mathematics and economics. Although she worked for Duke basketball coach Mike Krzyzewski as an undergraduate, her favorite sport is baseball – and she has already seen the Rice Owls play in Reckling Park. A Truman Scholar and a National Science Foundation Graduate Fellow, Miranda has a Ph.D. and M.A., both in economics, from Harvard. Miranda is married to Christopher Geron and has three children, Thompson, Mariel and Viviana.

Leebron expressed gratitude to current provost George McLendon for his five years of leadership in that role and also to the search committee for his successor, which was co-chaired by Associate Professor of Sociology Rachel Kimbro, deputy speaker of the Faculty Senate.

Located on a 300-acre forested campus in Houston, Rice University is consistently ranked among the nation’s top 20 universities by U.S. News & World Report. Rice has highly respected schools of Architecture, Business, Continuing Studies, Engineering, Humanities, Music, Natural Sciences and Social Sciences and is home to the Baker Institute for Public Policy. With 3,920 undergraduates and 2,567 graduate students, Rice’s undergraduate student-to-faculty ratio is just over 6-to-1. Its residential college system builds close-knit communities and lifelong friendships, just one reason why Rice is ranked among some of the top schools for best quality of life by the Princeton Review and for best value among private universities by Kiplinger’s Personal Finance. 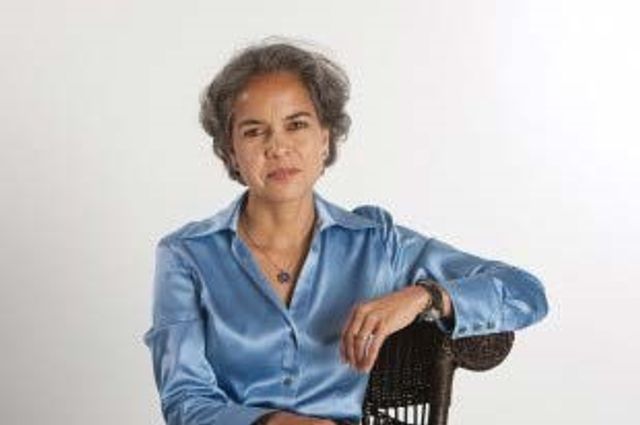