Matthew Shaftel, Ph.D., has been appointed dean for the Westminster College of the Arts. Shaftel will join the Rider on July 1, 2015.

“Dr. Shaftel brings to our campus a proven history of academic success, musical excellence and administrative effectiveness,” said DonnaJean A. Fredeen, provost and vice president for Academic Affairs. “With his impressive background in music performance and theory, his tactful and participatory approach to change, his highly creative approach to problem solving and his affable nature, Dr. Shaftel has the demonstrated experience and qualities needed to continue the Rider and Westminster traditions of world-class musical, theatrical and artistic excellence.”

Shaftel comes to Rider from Florida State University, where he served in a number of progressively responsible roles including his most recent assignments as associate vice president for Academic Affairs, director of general education, and associate dean of undergraduate studies. While at Florida State, Shaftel was responsible for an aggressive agenda of transforming the undergraduate experience, reengaging faculty, supporting the entrepreneurial university and student career and graduate school success, revitalizing distance education, and ensuring effectiveness and efficiency.

Shaftel has been recognized numerous times for excellence in music and teaching. He was Florida State’s nominee for the Carnegie Foundation for the Advancement of Teaching’s U.S. Professors of the Year program and a Distinguished Faculty Initiate at the National Society of Collegiate Scholars. He received the 2013 Florida State University’s Distinguished University Teacher award, the highest teaching honor offered to faculty at Florida State, and the Outstanding Aural-Pedagogue Award from the Journal of Music Theory in 2013, among many other awards. He was also a Grammy Music Educator Award Quarter finalist in 2013.

In addition, he ran an international workshop at the Royal Conservatory of Music and signed a contract with the University of Illinois Press for an edited collection of essays on Cole Porter. Off campus, Shaftel found time to serve as director of the Asolo Song Festival and Institute for Song Interpretation in Italy. He was an editor of a national journal and recently completed a term as editor-in-chief of one of the premier journals in the field of music theory.

Finally, befitting of the Westminster experience, Shaftel has served for almost 20 years as a church music director, first in Connecticut and more recently, at Good Shepherd Catholic Church in Tallahassee, Fla.

“I would like to thank Dr. Marshall Onofrio for his excellent work as interim dean,” said Fredeen. “Dr. Onofrio is treasured by our Westminster community, and with Dr. Shaftel joining us, Dr. Onofrio will return to his role as associate dean for administration in July.”

Rider University is a private, coeducational and nonsectarian university located chiefly in the Lawrenceville section of Lawrence Township in Mercer County, New Jersey. It consists of five academic units: the College of Business Administration, the College of Liberal Arts, Education and Sciences, the College of Continuing Studies, and the Westminster College of the Arts. In addition to regional accreditation, the undergraduate and graduate programs in business are accredited by AACSB, and the professional education graduate programs are accredited by NCATE. As of 2014, there are 5,400 undergraduate and graduate students attending. 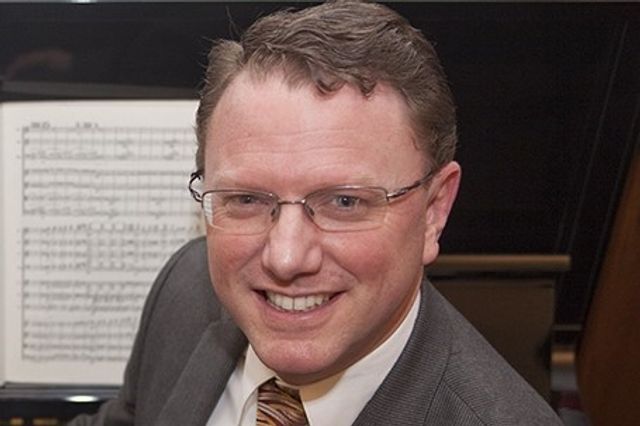